It started with a complaint Friday about stripped cars and parts cluttering a west-side Detroit neighborhood around a two-story home. It ended with an arrest and 23 vehicle seizures from an alleged chop shop.

When 6th Precinct officers responded to a Warrendale resident's call about blight outside a fenced yard on Faust Avenue near Tireman, they found that least three cars on a lawn near the enclosed junkyard were stolen, WDIV recounts. The Commercial Auto Theft Unit was notified and got a search warrant.

When officers got behind the fence, they found 23 vehicles in all.

"There were cars, SUVs, trailers and an RV," [precinct Commander Arnold] Williams said. ... "A lot of these vehicles should close a lot of cases for us and some of our neighboring police departments as well." 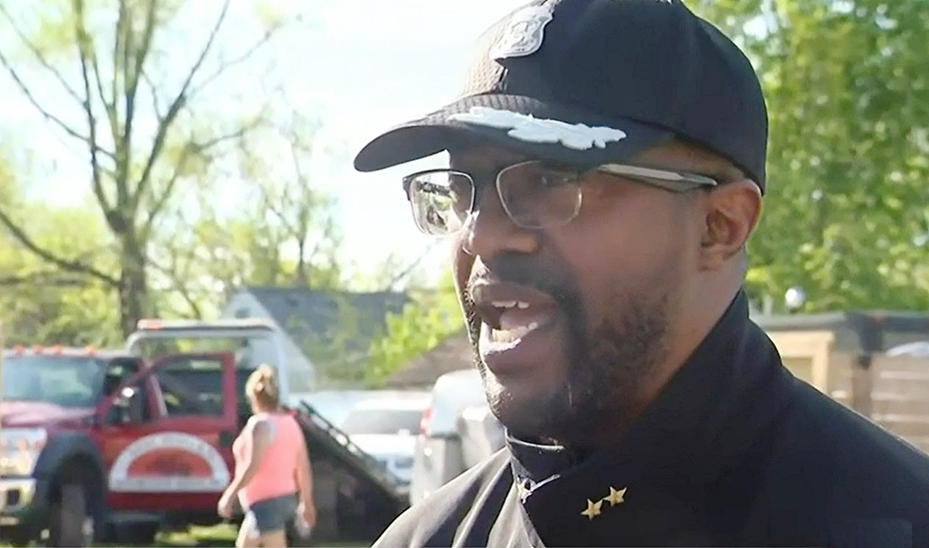 A man living in a stolen camper on the site was arrested and a stolen 9 mm handgun was seized, the commander added.

"The important part, and the part I truly want to emphasize, is that the community spoke up," Williams is quoted by Fox 2 News as saying. "The community actually notified us. They said 'it looks like something's wrong here, can you come out and investigate?'"