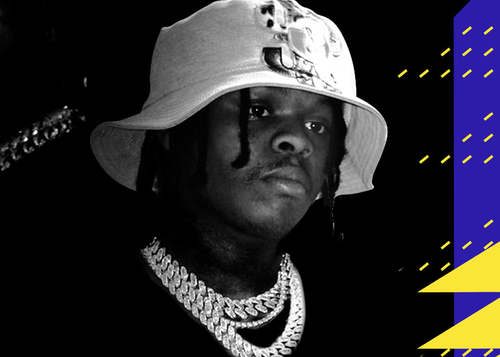 The rapper, real name Dion Hayes, was the target of a prolonged federal search after failing to report last month to a federal prison camp in West Virginia to serve a six-month sentence for illegally possessing a firearm. Hayes, 27, was arrested ... after flying to Willow Run Airport aboard a private jet from Memphis, where he attended an NBA playoff game between the Memphis Grizzlies and Golden State Warriors.

Bureau of Alcohol, Tobacco, Firearms and Explosives agents were monitoring his movements after obtaining a search warrant allowing them to track the location of his cellphone. They caught him at approximately 4:45 a.m. Wednesday even though his name was left off the flight’s passenger manifest and found the rapper with enough money and jewels to bankroll a flight from justice, prosecutors said.

The rapper raised on Detroit's east side rose to stardom on the heels of a six-year prison stint that began when he was 15. Now, with what federal agents say is $11 million in assets, he's been denied bond and could see his original six-month sentence extended. 42 Dugg faces a fresh charge for failing to surrender and is under investigation for "other criminal matters," an ATF agent said without specifying.

The rapper's court-appointed attorney tells The News his client was never on the run, but mistakenly believed he did not have to report to prison while he appealed his case. Dugg also reportedly argued in a court filing that he was immune from federal law altogether:

On April 29, prosecutors say he filed paperwork in federal court in Georgia claiming he was not subject to federal laws as a sovereign citizen.