A federal judge rejects defense attorney's claims of unfair FBI conduct while investigating an alleged scheme to snatch the governor two years ago.

The Detroit News has this pretrial development:

A federal judge Tuesday refused to dismiss the indictment against five members of an alleged plot to kidnap and kill Gov. Gretchen Whitmer, calling defense claims of entrapment and government overreaching a "heavy burden to carry."

U.S. District Judge Robert Jonker filed his order less than two months before the five men are scheduled to stand trial on kidnapping conspiracy and weapons of mass destruction charges that could send them to federal prison for up to life. ...

Accused ringleader Adam Fox, 38, of Potterville and four others needed to show that evidence demonstrates FBI agents and informants induced them to commit crimes. The defendants also needed to show "a patently clear absence" of evidence that they were predisposed to commit the crimes, the judge wrote. "Defendants fail to carry their burden."

Bodyguard slayings, hostage-taking and a bizarre display allegedly were discussed by a defendant accused of planning to kidnap Michigan's governor, according to vivid new disclosures. 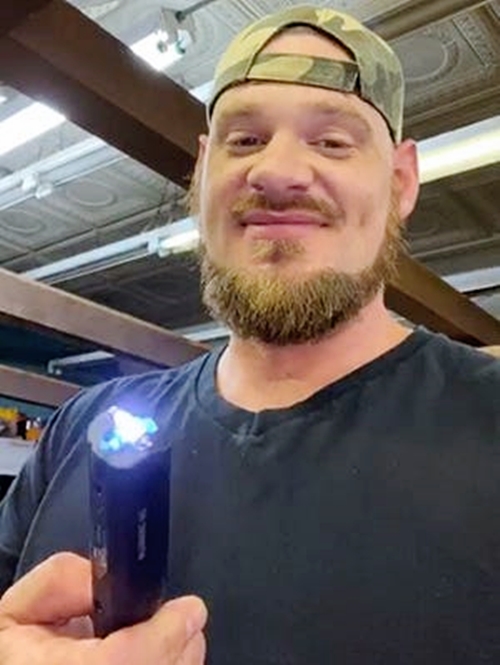 Robert Snell of The Detroit News spots the details in a Grand Rapids federal court submission:

A ringleader of an alleged plot to kidnap and kill Gov. Gretchen Whitmer fantasized about hog-tying her and displaying her body on a table, according to federal prosecutors.

The new allegation, along with explicit talk about executing Whitmer's bodyguards and taking hostages in a "wartime" attack, emerged in a court filing as prosecutors tried to rebut a defense claim that five men accused in the kidnap plot were entrapped by FBI informants and undercover agents. ...

The fresh revelations also quote Delaware trucker Barry Croft, one of five men awaiting trial in March on kidnap conspiracy and other charges. They were arrested in October 2020.

Members of the alleged plot attended a national militia meeting in Dublin, Ohio, in June 2020 during which Croft, 46, "enthusiastically advocated" kidnapping Whitmer, the prosecutors wrote. ...

Croft ... [later] explained the plot to an FBI informant, according to the filing.

"Wham! A quick precise grab on that f------ governor," Croft said, according to the filing. "And all you’re going to end up having to possibly take out is her armed guard."

Croft suggested using three snipers armed with infrared scopes "so they’re f------ shooting at heat signatures, dropping those f------ armed guards before we even broach the f------ house," according to the filing. All that’s left leaving is her, understand?”