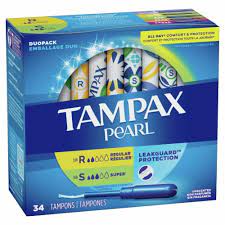 Michiganders will no longer have to pay sales tax on tampons and other feminine hygiene products under bipartisan legislation expected to be signed by Gov. Gretchen Whitmer, Bridge Michigan reports.

On Tuesday, the  state Senate passed a two-bill package to repeal the tampon tax. Similar legislation was introduced more than five years ago, but stalled repeatedly.

"I've been talking with legislators about this for several years, and it's good to finally see it get sort of that critical mass of interest," sponsoring Sen. Winnie Brinks, D-Grand Rapids, told Bridge MIchigan after her legislation passed in a 32-2 vote. ...

Michigan exempts medical supplies ... from its 6-percent sales tax. But it has long treated tampons and similar products as "luxury" goods. The state collects about $7 million in tampon taxes each year.