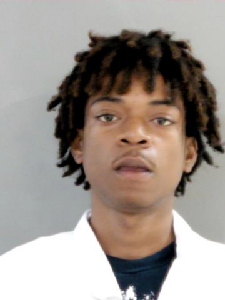 A 17-year-old Detroit boy has been charged with shooting three people outside a gas station at Seven Mile and Southfield, including a toddler.

The Wayne County Prosecutor's office says the victims were among a group Elijah Copeland shot at while leaving the station in a vehicle Saturday evening. Two were transported to the hospital, but the toddler, a 3-year-old boy, did not require medical treatment.

Copeland turned himself in the following day.

He's charged with six counts of assault with intent to murder, among other charges, and was arraigned Wednesday and given a $500,000 cash bond.