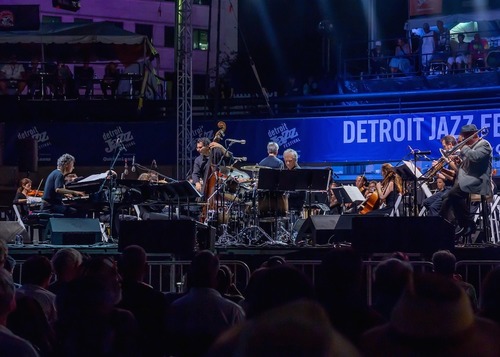 The Detroit Jazz Festival will be held virtually this year in an unexpected turn for the Labor Day weekend event.

Organizers switched the format from in-person on Tuesday, citing ongoing construction at Hart Plaza and an inability to require Covid-19 test results or proof of vaccination from attendees.

The logistical hurdles were explained in further detail in a media release:

"While plans were being devised to bring people into the plaza, the enormity of the jazz festival made it difficult to continue to host the thousands that attend the festival annually. The Festival would then have to be held completely in the Campus Martius area, which would cause overcrowding and overflow of patrons in a smaller area. That situation was not an option for jazz festival management due to conflicts with carefully designed health and safety protocols."

Performances will instead be streamed or broadcasted live with no replays from indoor stages at the Detroit Marriott at the Renaissance Center. They can be watched or heard for free via the festival’s social media channels and website; public radio and television stations; and the DetroitJazzFest LIVE! app.

Additional details are expected in the coming weeks.